The U11 Boys UNITED Ujueta team wrapped up their first tournament championship of the season at the Vero Beach Cup.

The team led by Coach Alex Ujueta, came out with the championship win after both teams exemplified great defense and offensive techniques leading the game to end with a round of penalty kicks. This was a nerve wrecking moment for both the players, parents, and coaches with the intense passion and chemistry displayed by the team.

Clearly we can see this is just the beginning of an exciting season for Head Coach Ujueta, Asst. Coaches Henry Mantilla, Manny Senorans and the whole team.

We look forward to more championship wins and continued success throughout the season. 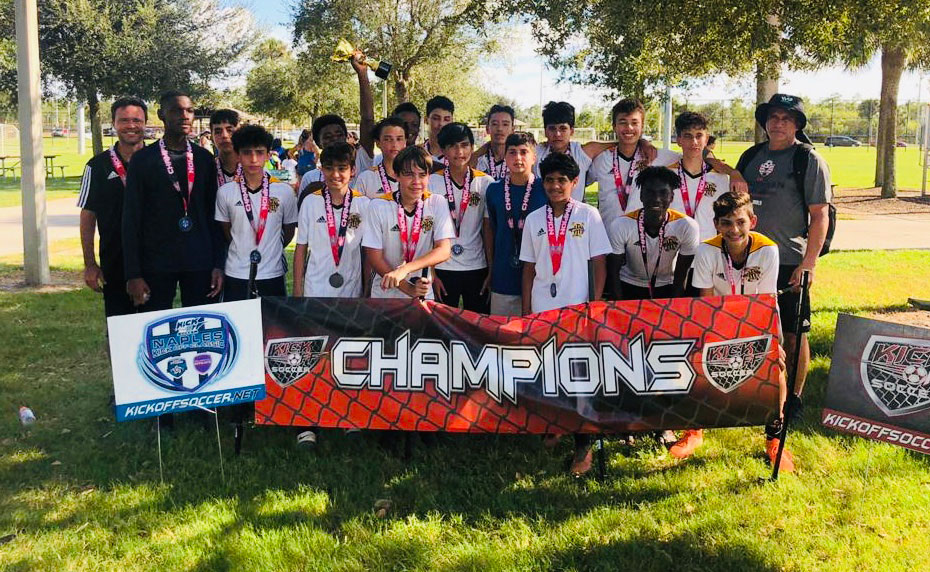